100 Notions From a Nation of Two 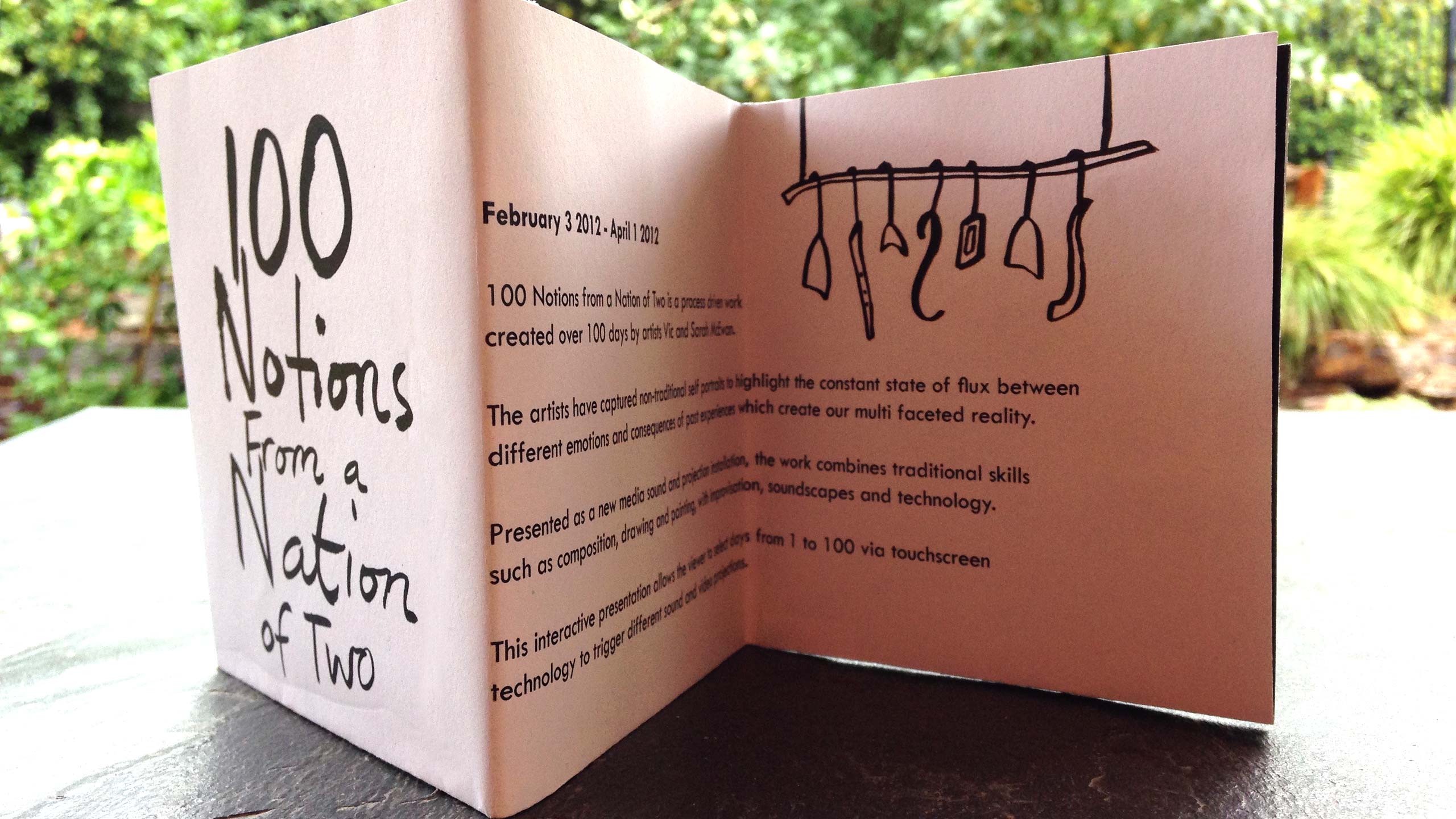 An exhibition entitled ‘100 Notions From a Nation of Two’ was a body of work from The Cad Factory where a husband and wife teamed up to produce a series of 100 pieces of multimedia art.

Of a morning, for 100 consecutive mornings, Vic would record a sound piece in his studio and leave it on a thumb drive on the kitchen table before he went to work. Sarah would then listen to the sound and translate it into an illustration. These pieces were then
juxtaposed in animations where movement of each illustrative element was dictated by the cadence and syncopation of the sound.

After the 100 days these pieces were merged together to produce an interactive installation where the user controlled the experience.

Rachel’s role in this body of work was to conceptualise and pitch an idea to The Cad Factory, which would enable them to communicate their important messages and intent to the audience. The Cad Factory utilised this concept and Rachel became a part of this exhibition in the form of the communication design piece created.